From long-term parking to express airworthiness restoration: a story of Boeing 737NG that changed its owner, registration, and purpose 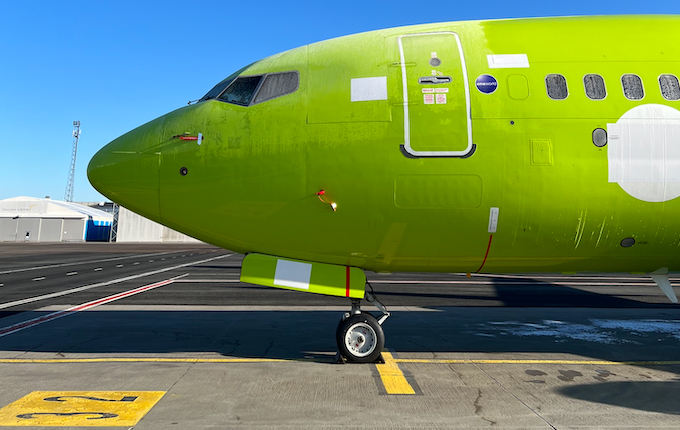 At the end of 2021, a passenger Boeing 737-800 reached Tallinn where it was entrusted by its owner – a Lessor from the Isle – to Magnetic MRO for long-term parking and CAMO support during the period. But just a month later, the winds of change brought the news that the aircraft is due to change its ownership. And since the buyer – a Logistical Enterprise from the Middle East – required the aircraft for P2F conversion in China already in April 2022, the Magnetic MRO’s team had to bring the aircraft back to service ASAP.

CAMO team kept the Continuing Airworthiness Control over the Customer's aircraft, in order to establish an up-to-date tracking of the plane’s condition and its compliance with regulatory and OEM requirements. The team developed and got approved an Aircraft Maintenance Program under the Bermuda registration to ensure the airworthiness of the asset.

Simultaneously, the seller’s representative paid a visit to the capital of Estonia to formalize the ownership transition process, as well as to share all data on the aircraft, including hard and digital copies. The buyer’s team also reached Magnetic MRO’s HQ to monitor the process and arrange a ferry flight to China once the aircraft is ready.

Already at the beginning of spring, the aircraft officially changed its ownership, and by mid-March, it changed its registration as well. Now with a US-registered aircraft on hands, Magnetic MRO team carried out Return-to-Service procedures, as well as other maintenance tasks that became due during the storage period.

For the aircraft to obtain the SCofA, an FAA Designated Airworthiness Representative (DAR) visited Tallinn at the end of March. Those were challenging several days, for sure, as DAR conducted a scrupulous inspection of all digital and hard copy data, as well as made a physical inspection of the aircraft and its systems. At the end of the day, the FAA Rep was fully satisfied with the condition of the post-parking, de-conservated Boeing 737-800, and granted the aircraft the Special Airworthiness Certificate for the planned flight from Estonia to China.

Importantly, a thorough check and timely preparation of all legal and technical documentation by Magnetic MRO’s CAMO team allowed both the seller and the buyer to minimize risks related to the ongoing geopolitical agenda, since the aircraft’s last operator was a Russian air carrier. While the aircraft was being prepared for the new owner, some components were sent to shops for maintenance. Due to the sanctions that were imposed on Russia following its invasion of Ukraine, those components were temporarily quarantined thus potentially leading to delays in the aircraft’s airworthiness restoration. There were also risks that EUROCONTROL might not allow the ferry flight due to possible links of the asset with Russian airlines. However, Magnetic MRO’s team made sure that all regulatory bodies and maintenance organizations received full and transparent data on the aircraft, and on April 1st the 18-years-old passenger Boeing 737-800 successfully left for its cargo conversion.