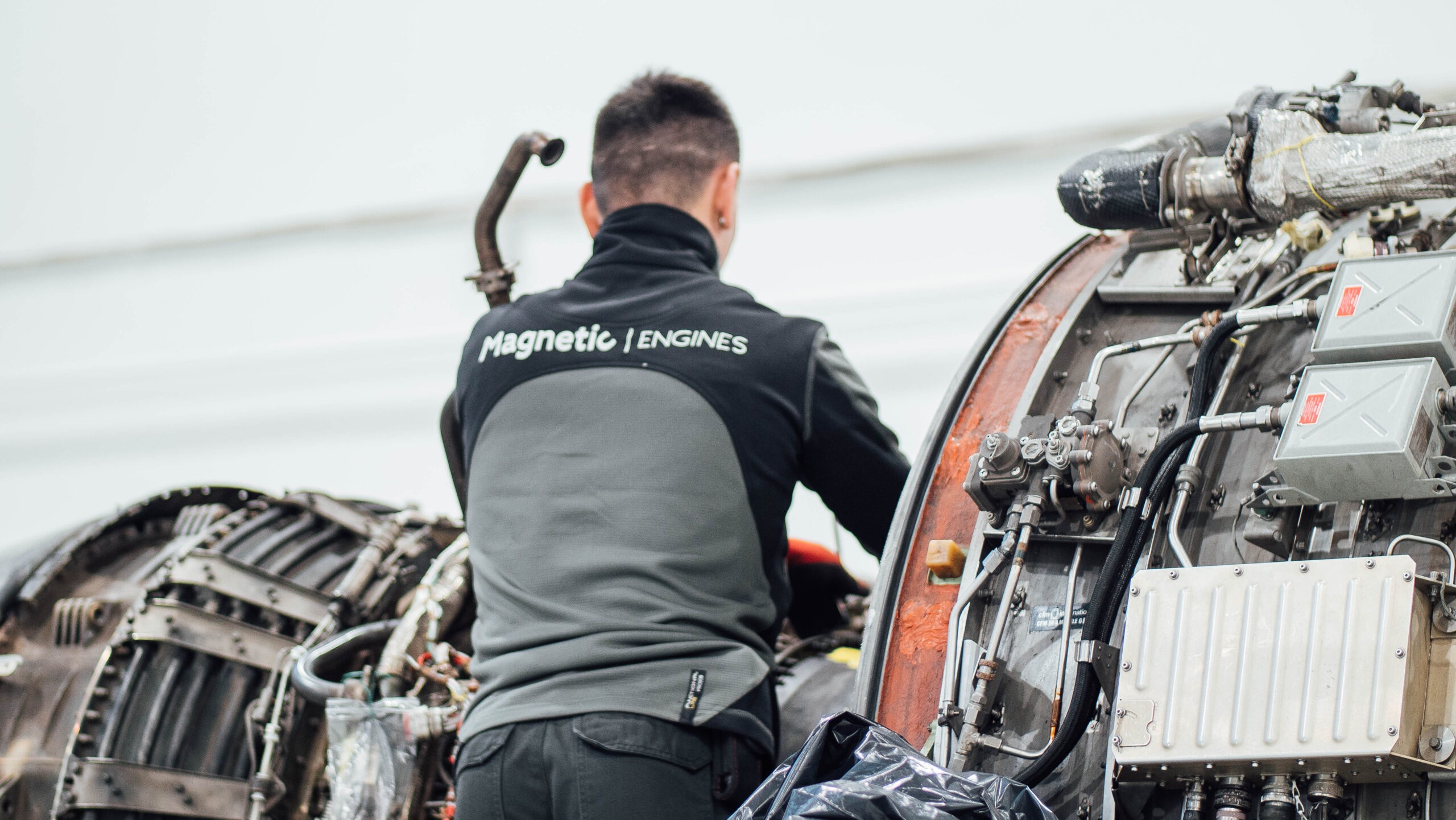 Since the world is recovering from the pandemic, the aviation industry is taking a new shape – and, according to Alexey Ivanov, Executive Sales Director at Magnetic Engines, it does also significantly impact narrowbodies' engine repair market.

As we see total MRO market is expected to return back to 2019 numbers by the end of 2023 and after that, steady growth is expected. Engines MRO spent is expected to grow with rates even higher than overall MRO growth rates. And the lion's share of that spending will be connected with CFM56 engine repair as they will dominate the market by the number of shop visits and by the amounts spent.

CFM56 engine repair is the core business of Magnetic Engines. This business line was set up four years ago, and it's steadily growing. Having more than 30 engines repaired back in 2021, we see that the repair paradigm is shifting for CFM56-7B and -5B engines towards less costly repairs, as the engines are getting more and more mature. Fewer airlines and asset owners are forecasting the operation of their engines for a 7-10 years horizon. They focus more on 3-6 years, 5,000-7,000 cycles," shared Alexey. And, as he put it – history is repeating itself. "The same was happening with the elder brother CFM56-3 10+ years ago. The planning times are getting even shorter nowadays. For example, the owner of -5B or -7B can consider life-limited parts with 5,000 cycles remaining which are much easier to locate and where the price per cycle is less than on golden standard 8,000-10,000 cycles remaining parts. The same goes for HPT blades, which are now considered as semi-life limited parts."

When the engine is built for fewer cycles, it's possible to use more USM – which can decrease the total repair cost. By saying "total", it means that not only does absolute engine repair cost go lower, but the relative price per cycle after repair also goes lower. Additionally, usage of serviceable modules from teardown engines can bring certain (sometimes drastic) savings to the engines repair – like Fan, or Low-Pressure Turbine modules are very robust, and when your original engine has LLPs expired in those modules, it might be 20-30% cheaper to utilize donor modules from tear down engines instead of overhauling original engine modules with LLP replacement. "In combination with the usage of green time engines, all these repair strategies give serious savings for the operators of CFM56-5B and -7B engines. For sunset CFM56-3 engines, such an approach has been used for years already. Of course, the coin has two sides – those savings bring certain inconvenience to the operation of the airline as the engines require more removals as well as installations, or sometimes this might bring some additional inspections. But most of the operators consider this a fair price for operation cost reduction, especially since most are still recovering from the losses they experienced after the pandemic".

Reducing the engine's lifecycle horizon also changes the approach toward unplanned engine repair. Because when the repair is planned due to LLP times, for example, then all is more or less straightforward. But when significant defects are identified during routine engine inspection or delivery/redelivery inspections, it raises many questions.

If the defect is so-called expected and discovered at the segment of engine life when the engine is ready for repair, then the owner decides whether it is economically efficient to invest a certain amount of money into the engine repair and operate it further or in the current economic environment it's more efficient to tear it down and sell the parts (or the whole engine can be sold to liquidators if the owner does not have resources to spend on tear down projects)."

According to Alexey, more complicated situations happen when some unplanned defect is discovered in the middle of the engine life between repairs, and that defect leads to serious engine repair. If the defect is minor and repair is not costly compared to future cash flow from the engine operation, then the engine just goes to minor repair and returns to service. "Imagine that you have a CFM56-7B engine with good life remaining, and you found defects on HPC blades which lead you to top case repair or VSV bushings replacement. The owner will just perform the repair and return the engine to service. It will decrease profitability on the whole engine lifecycle but does not change it drastically", shared Alexey.

"But when the defect is sizeable, and restoration is costly, then the asset owner can be forced to drastically change its plans regarding this engine. Like you have HPT blade separation with serious downstream damage in the engine. In such case, engine lifecycle plan can change entirely, and the engine can go for teardown instead of repair and further operation", he added.

Usually, there is no generic approach on key considerations when to upgrade to the full engine shop visit as every engine is unique and every engine owner has different plans for his asset.